In the middle of a market collapse, it’s hard to find any themes to work with. They are selling everything that isn’t nailed down. When markets are crashing, correlations are running to 1 so it doesn’t matter how good of a stock picker you are.

Yet one theme keeps sticking out in this entire mess, an investing thesis that is across multiple industries.

Companies that store and transmit commodities.

This is not a new idea. During a gold rush, you don’t want to pan for gold, you want to sell the shovels, store the gold, and ship the gold.

Let’s go over a few examples right now in the markets.

This is the most obvious one, and it’s a thesis that’s been around for a while. It’s also not been a pretty one.

Let’s step through it.

In the oil markets, there are commercial traders that take delivery once a futures contract expires. Let’s use CL as an example.

Delivery of CL futures are completed “at any pipeline or storage facility in Cushing, Oklahoma.”

That means you can, in fact, own a physical amount of crude oil. If you’re a retail trader your broker will send you a nastygram if you try it, and you shouldn’t try it, yet it’s a crucial part of commodity futures trading. 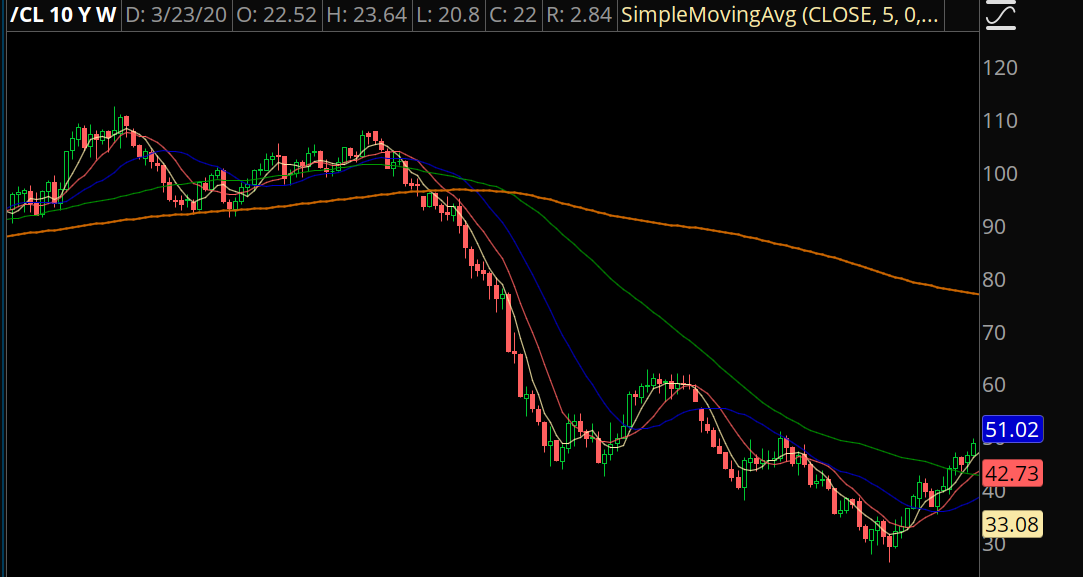 The introduction of shale oil, coupled with a small economic slowdown, led to crude oil futures breaking underneath $70 per barrel.

If I remember correctly, the futures market was also in deep contango. This means the price for crude right now was much lower than a few months from now.

It got so bad that the storage and pipeline facilities in Cushing were overrun. There was more crude than where you could store it.

The companies that could store and transmit crude got paid. Many of these companies are in the form of Master LImited Partnerships (MLPs) which have some tax advantages… although it can get confusing.

Back then, there was too much leverage, and these companies are still tied to the price of oil, so they still sucked.

Yet right now, when crude is trading sub $25 per barrel, there’s probably going to be a glut again, and there will be demand for storage and transmission. It then comes down to how much leverage a company has, whether they improved their fundamentals after the 2014 oil crash, and if oil can somehow find a bid.

An example of a company in this trade thesis is NuStar Energy (NS): 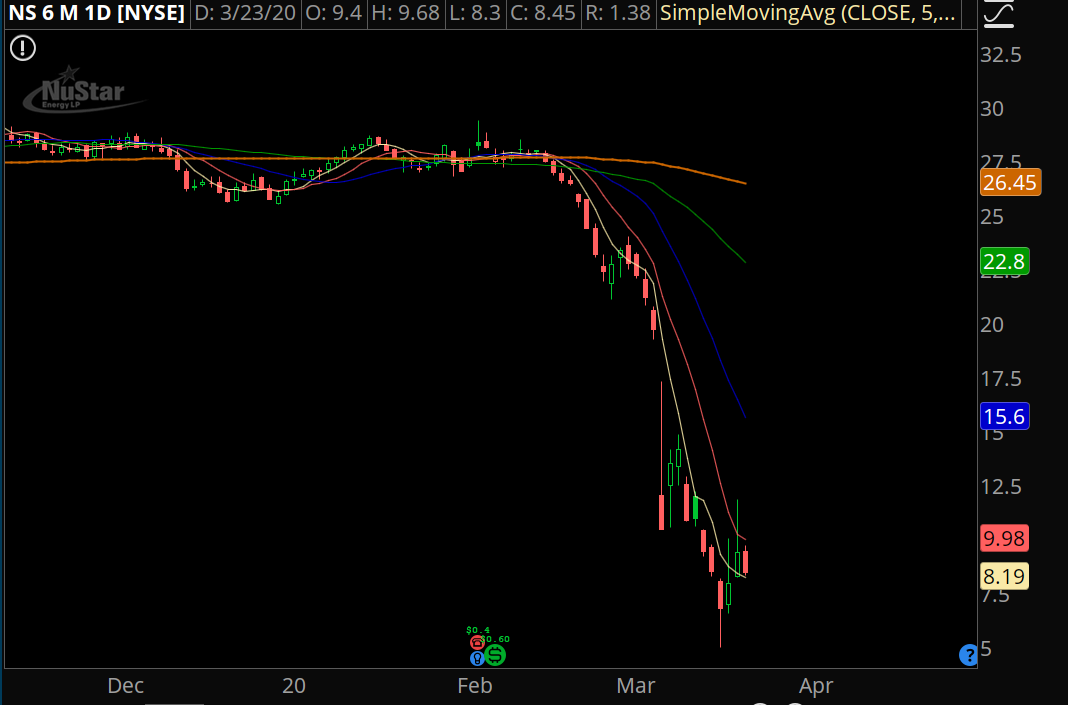 Now that we’ve seen a traditional example, we’re going to take the same kind of template and look into other spaces.

In the internet, there are companies that need to send data from their servers to their clients.

And just like crude oil, there is an absolute glut of bits. Think about how many people are holed up in quarantine watching Netflix or Youtube videos. The exponential increase in data is a very old idea, and it still holds true.

Digital Realty Trust (DLR) is a REIT that owns data centers. Here’s a chart of their stock: 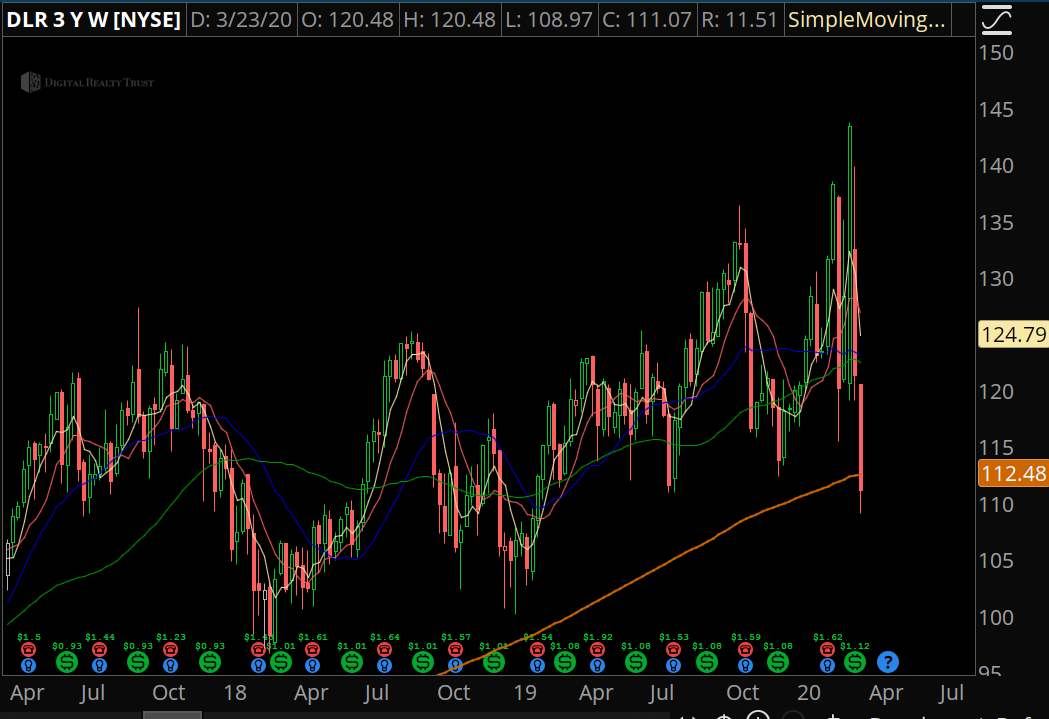 While the FANG stocks are getting smoked, this REIT is still above a rising 200 DMA. Yes, the market could crash further and we could see the stock crack 100. It's also sensitive to rates as it's a REIT.

We’ve looked at “bit storage,” what about “bit transmission?” 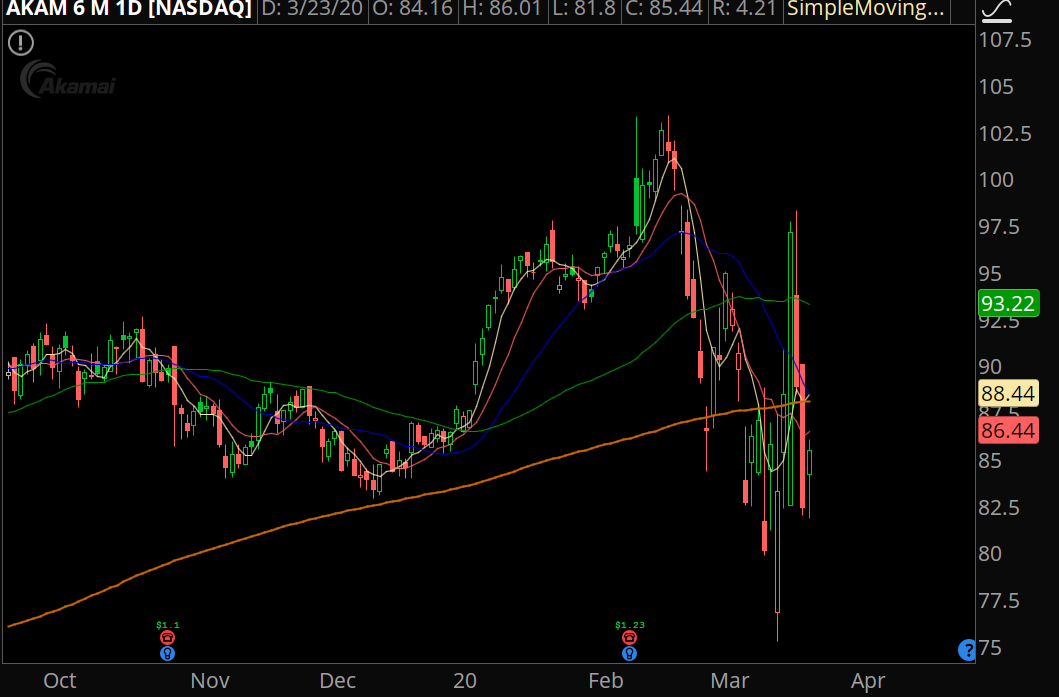 They are a Content Delivery Network (CDN), where companies pay money for them to transmit bits. The “pipeline” if you want to torture the analogy to death.

This stock is the entire reason why I am writing this post, because while the rest of the market was crashing, AKAM had this weird whipsaw back to the February gap down levels. This is one to watch.

We’ve talked about storage and transmission, and there’s one more play that is interesting… 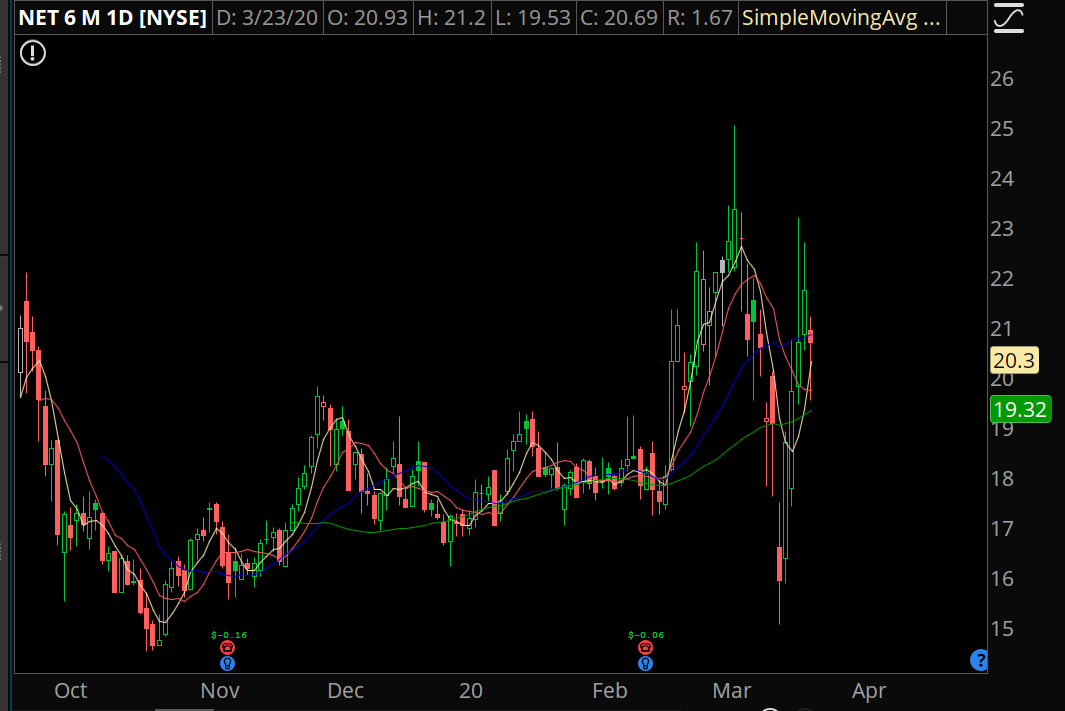 You’d think all IPOs would be smoked in this market, yet it’s within spitting distance of all time highs.

Cloudflare is ubiquitous. I use Cloudflare. They help route the data storage and delivery for the “bit” commodity.

Many investors group them with SAAS stocks, yet it is more of an internet backbone play where their recurring revenue will have a higher stick rate compared to software.

And given how the stock has performed in the crash, I think many investors know it.

Let’s move onto one more commodity.

I find it absolutely hilarious that we call these “wellness” or “healthcare” stocks.

It’s Cheech and Chong with VC backing. And it turns out that when you don’t have the Feds breathing down your neck, it’s pretty cheap and easy to grow it.

It’s called weed for a reason.

I’m going to take a second and talk about the absurdity of it all.

Cannabis strain names are so stupid.

We’re in this weird dystopia where you can go to a doctor for Crohn's disease or back pain and be prescribed something called “girl scout cookies” or “gorilla glue.”

And it works! Apparently “blue whale butthole kush” is an effective treatment for all sorts of ailments.

Where was I… yes, transmission and storage.

Weed is cheap. There are price wars going on and it’s getting commoditized. Turns out this commodity, just like oil and bits, are in a glut.

So who is going to store it? 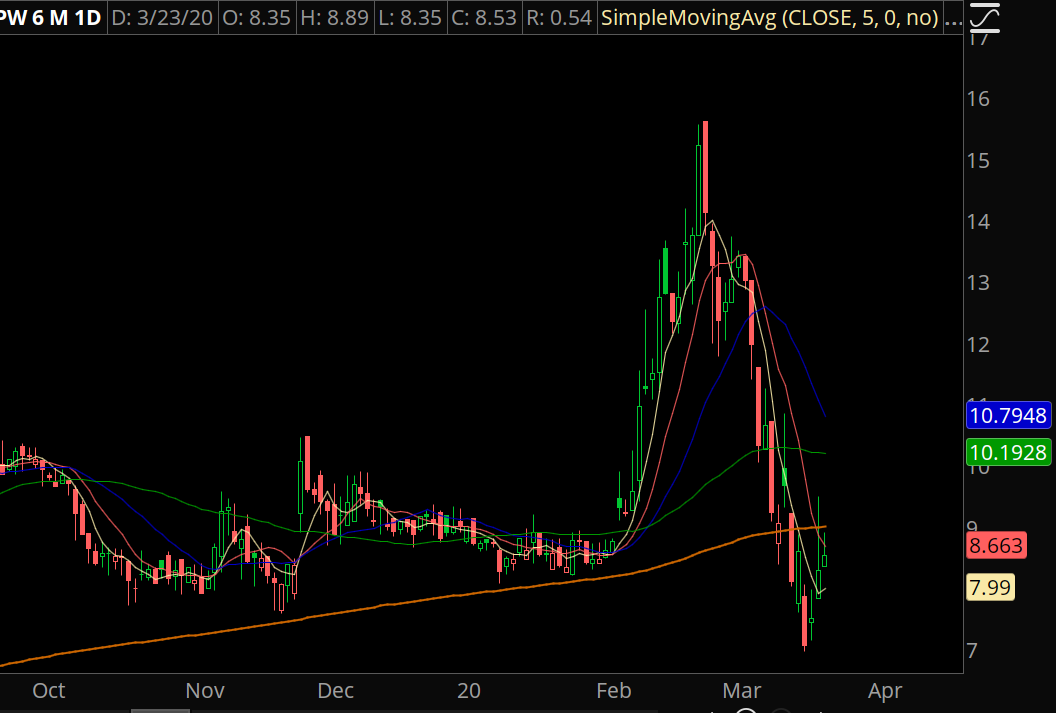 This REIT invests in solar farm land, but their biggest growth area is something called “Controlled Environment Agriculture.”

They own the weed houses. They charge rents, then they distribute it to their investors.

Just like our other commodities, storage is a play as it removes some of the risk of the commodities. You don’t have to bet that your favorite weed stock is going to make it… because they’re all run by a bunch of stoners anyways.

Instead play for the storage of the commodity.

How to Trade Them

It’s hard to tell… we’re in the middle of a market crash and everything is moving. We did see relative strength in all the names mentioned over the past week so they could create distance and relative strength.

The “Bit” names like AKAM, DLR, and NET feel more like momentum and growth stocks, and they’ll exhibit faster momentum.

The “Oil” and “Weed”-- I mean “Wellness” names all feel like deep value or income names.

The setups you like will depend on your own investing or trading style, whether you like momentum or reversion.

I think all of them together could be an hacked-together “barbell” approach in the market.