Today we've seen an obscene amount of hypersensitivity to a small selloff.

Personally, I've felt that it's been a long time coming.

But the reasons being floated out for this selloff have been absurd.

You're really going to try and push the blame on Washington? When it's been months since we've seen a proper pullback?

It's absurd. And frankly, it's dangerous to try and put risk into the markets trying to bet on what's coming out of the White House next.

Because that's not what is driving the markets.

I know what you're thinking...

"Well, if you're so smart? Why are we selling off?"

I got some news for you, it's not going to be one major reason. I'll give you some ammo, but the more important part is you understand the approach.

And if there's one indicator that's been beat to death over the past few weeks, it's been this one.

We've seen historically low VIX levels, which at the time were justified... until today, the market hadn't been moving around a whole lot.

But then something shifts. On Tuesday, the market comes back into support. Being a smart trader, you pick up some hedges in the VIX futures market, or some other instrument.

Well, when you do that, the market maker has to take the other side, and eventually you get this cascade of short volatility exposure that starts to unwind. This easily ends up being a case of the tail wagging the dog, where a squeeze in vol leads to a selloff in the markets.

That squeeze moves to other durations, and it's what can take the $VIX 10 to 14 in a day. 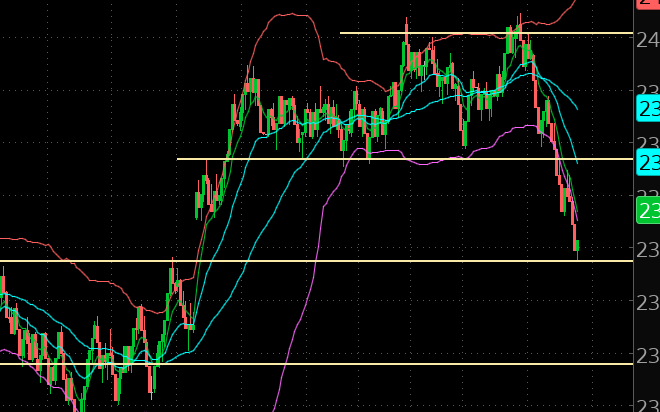 When there is an obvious level of support or resistance, often times the market breaks that level, only to reverse hard and head back to the lower end of the range.

And this one was obvious. The market was "flirting" with that level for weeks, and made headlines once it broke. Dumb money came into the market a bit, and then ran out of steam.

Stops get hit, which leads to more stops getting hit. 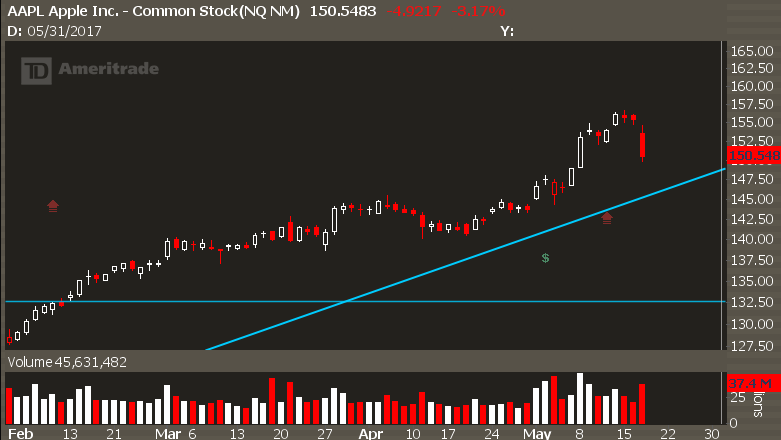 Setting aside the US political narratives aside, what has been driving this market?

Remember, we operate in a market of stocks. With low volatility has been low correlations, so individual stocks can help to buoy an index, especially if they're large cap stocks.

We just finished up earnings season. If you look at some of the mega-cap tech stocks like AAPL, GOOGL, NFLX and other have been running hard.

Well, there's no more "good news" to come out of these stocks. No more catalysts for the hot money to chase. When we run out of that, then traders pull their money out waiting for the next setup.

Get Prepared for A Normal Market

If you're freaking out about a 1% selloff... boy do you have a short memory.

The average market pullback since this rally started off in 2009 is around 5%.

Can you imagine the doomsday scenarios that will get floated out if we have a normal, run of the mill pullback?

It's always going to look ugly, especially for those that get paid by the pageview.

What Do You Really Want?

If you're trying to trade based off political headlines, you need to make a decision.

Are you going to focus on market structure and the actual setups the market provides?

Or are you going to obsessively follow the poltiical flotsam that gets pushed out of Washtington?

Guess which one will allow you to be a consistent trader.