Here's Where We Sit: 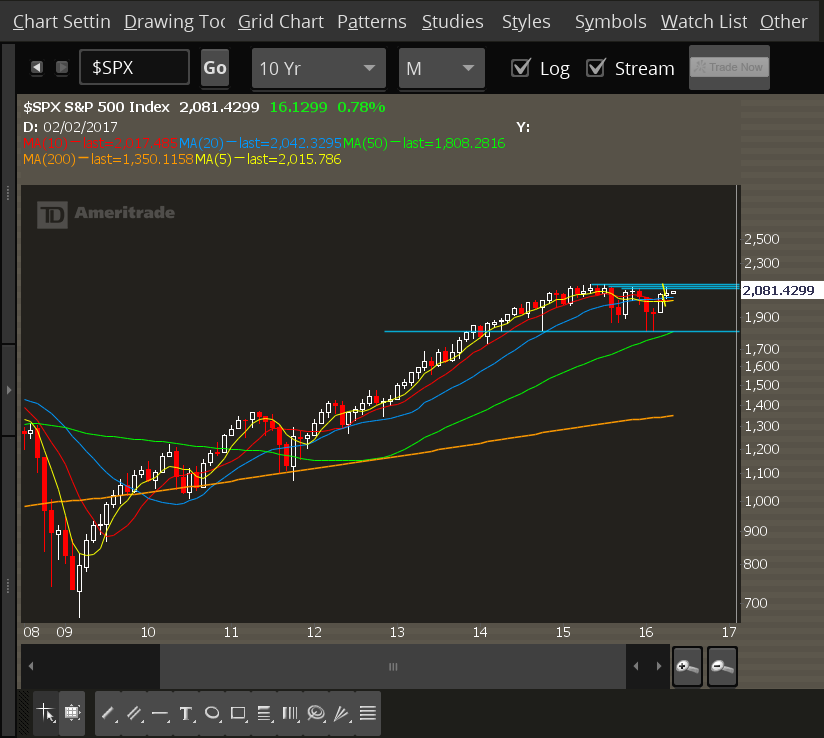 Since the low in 2009, the markets are nearly a triple.

We've gone nowhere for well over a year.

(With two pretty big corrections in between.)

It's been years since we've seen a cyclical bear market.

And it's been years since we've seen a proper recession.

The risks out of China, high yield debt markets, and what the Fed will do next... these are all potential catalysts that could bring further weakness into the markets.

I have a question for you:

Are you truly prepared for what will happen next?

It's not just about expecting downside... are you OK with missing out on any potential returns if you're wrong?

Why It's Amazing To Be A Retail Investor

The beauty of all this is... you don't have any mandate that says you have to own stocks.

And it's not even an all or nothing play. You can easily scale out of some investments and still have skin in the game.

The biggest risk that permabears rarely talk about is the missed opportunity cost.

Think about all the ugly catalysts we've seen since 2009...

the other shoe to drop in commercial real estate...

It's always going to look ugly out there.

Yet if you've been on the sidelines this whole time, you've missed out on massive upside in the markets, along with returns coming from any dividends that you take in.

The Passive Way to Fix This

As I said before, nobody is forcing you to be 100% invested in stocks.

Let me take an example...

I ran a study a while back that showed the performance of a 60/40 portfolio.

With rebalancing done at regular intervals.

It's not a super optimized portfolio, yet what I found was that after the market crash in 2008...

It was back at its "high water mark" in only 9 months.

A No Yield Market

The problem that I'm seeing right now is the inability to find good risk-adjusted returns.

Because treasury yields are so low, it's difficult to get any kind of decent return without being forced into riskier trades.

Yet there's another way...

To keep getting returns while keeping your risk low.

There's an asset class that is becoming increasingly popular...

By trading in this asset class, you can potentially get much larger returns than you would in the market without having a ton of risk involved.

I'd like to show you a simple volatility trading strategy known as an iron condor:

This trade makes money if volatility is overpriced in the market.

The best part about this trading strategy?

You're only in the market for a month or two at most.

Which means you can get in and out without having to worry about the next market collapse around the corner!

How nice would that be?

How to Get Started With Iron Condor Trading

At first it can be overwhelming if you don't know what you're doing.

Wouldn't it be nice if you knew exactly...

- when to enter a trade?

- what option strikes to use?

- exactly how to adjust the trade?

- when to exit for profits?

At IWO, we've worked with thousands of traders on their path to successfuly trading options.

With working closely with clients, we know how difficult it can be starting up.

Because of this, we've launched the IncomeLab, our brand new iron condor trading service.

With this service, you'll get iron condor trading alerts that show you exactly when to enter and exit the trades.

As an introductory offer and to get you trading iron condors as soon as possible...

The membership for IncomeLab is $99 per month.

Yet we know the concern you must have when sending that kind of money out.

With this deal, you only pay $1 for the first month.

That way, we can prove the service and you can potentially reinvest just a small amount of your returns into the cost of the service.

To learn more and become a member, simply click the button below.