Here's where we stand on the markets: 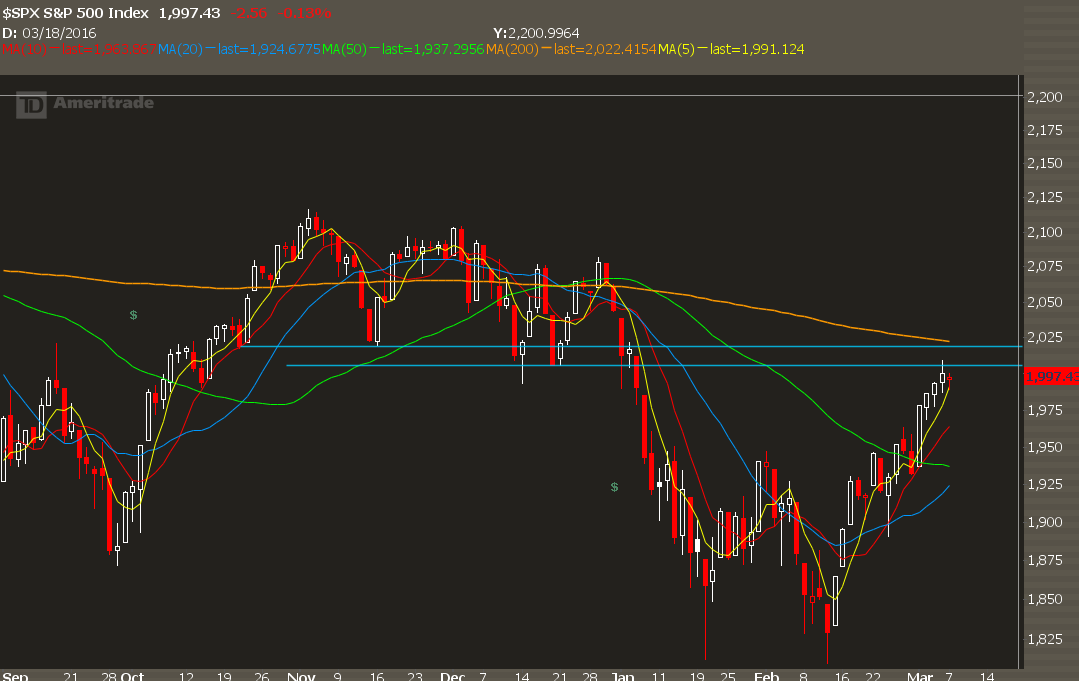 If we were to see this in a "textbook," then sellers should show up shortly.

The levels tested on Friday coincide with prior support which leads to potential resistance... and we have a declining 200 day moving average that should bring in sellers.

On top of that, the market saw an incredibly strong move last week and we should expect reversion.

In other words, a correction is due.

But what exactly should we expect?

If you think this market will fall, odds are you're not just expecting a pullback but a crash through 1800 and then follow through below that.

Traders are pointing to a "head and shoulders" top on the weekly chart and projections take us to 1500. That would be quite a bear market.

What kind of assumptions are being made here?

The next assumption is that we will see movement with the same kind of volatility like the other big selloffs. That means the S&P selling off 3% per day and then some.

The third assumption that I see in bearish predictions here is that all of this will happen at once. I'm starting to see 2008 analogies pop up on social media.

I think the "straight up bearish" positioning lacks nuance.

Here's where I think the assumptions fail.

Allow me to step through another scenario, and I do think this one has higher odds than the disaster scenario that keeps popping up.

First, the correction will be rotational in nature. Right now the hot sectors are in the commodity space, and they are stupid overbought. Once the hot money comes out of that instead of going to cash it will chase into another space. Maybe high beta tech, maybe biotech.

Because the correction is rotational, we will see intermarket correlations break down and the market will churn sideways. This will frustrate short-biased traders and those in cash looking for a pullback.

Maybe we get one shakeout to the downside to embolden the shorts, but there isn't any followthrough because the downside breadth is lacking. You'll find stealth bids in pockets of the market that help to hold up the indexes. This will be especially true if it is in larger market cap stocks.

At some point we will see "upside" capitulation where investors on the sidelines will feel forced to chase. I think we saw a small example of that last week, but we could see a second push higher with that kind of dynamic.

It's very possible distribution starts to occur but a lot of sideways action can happen while volatility compresses. Those traders who were expecting an outright collapse within the next month will be left with puts that expire worthless.

Once that happens we'll start to see proper sellers come in, simply because all those that needed to buy... bought. Only then is when the pain is felt to the downside again.

Trading is Not Brute Force

I think way too many traders take an "all or nothing" approach to trading.

Either the market is fully bearish or fully bullish.

There's no room to accept the fact that volatility could just be non-trending and we see sideways action... and the correction you're looking for will actually be a stealth one.

Can the market crash here? Sure it's possible. But a more nuanced approach to the market, with a little understanding of investor psychology, will get you a better edge in your trading compared to focusing on betting it all on black.