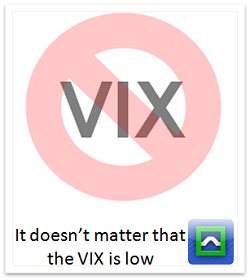 Unlike many other times in this bull market, not all stocks are running on the same high-correlation macro conveyor belt.

It truly now is a market of stocks, with certain sectors holding up fine and others getting shmammered.

This is most likely due to too many people chasing the same things that worked in 2013, and using way too much leverage to do it.

What are we left with?

The S&P and Dow hitting new all time highs, while the Nasdaq is struggling and the Russell 2k (small caps) looks like dog food.

If you're an investor that needs protection, it means your probably in stocks that are in the indexes that are underperforming.

So why would you buy SPX puts?

Why would you buy VIX calls?

Instead you would be picking up puts in the RUT and NDX, and maybe (if liquidity allows) buying some calls in the RVX, which is the volatility index for the Russell.

This all makes sense. It's quite obvious once you step through the logic (no vulcan).

So why are so many still using the VIX as a reference point?

Why are so many saying "there is no fear" in this market when in fact their clearly is?

Let's take a look at a chart of the RVX: 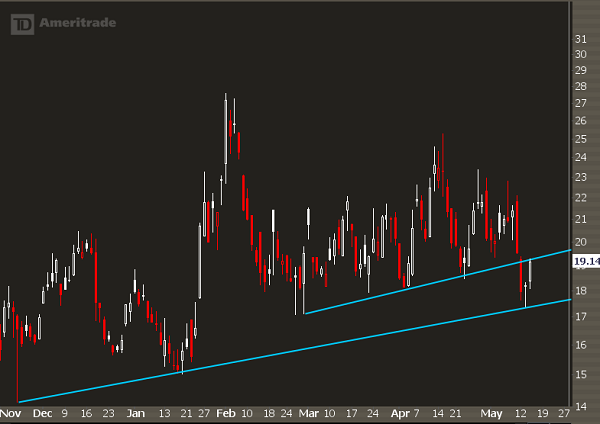 Unlike the VIX which is near 6 month lows, there has been a steady and persistent bid in protection in smallcap stocks.

And it makes perfect sense. Fear exists where fear is warranted.

It's not that fear is disappearing, or that investors are super complacent.

It's that fear is in the right place, and if anything investors are being smart about where they are buying protection.