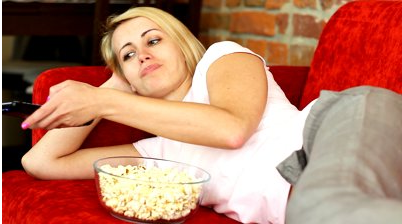 There's no commercials, no waiting a week to see what happens next, and all the plot spoilers are already online.

Both Netflix and Amazon know this. In fact, a study done by the former showed that nearly three quarters of their customers are binge-watchers.

You know you've done it. Admit it.

You sit on the couch, half-comatose, with a case of beer and half-eaten pizzas as you finish your Sunday night with the third season of 24.

It then stands to reason that content distributors need to get their hands on the most "binge-inducing" shows... thinks like Lost, or Breaking Bad, or the Star Trek franchise.

But there's been a unicorn, that's been holding out for a few years.

Knowing Jeff Bezos, he probably just kept bidding up the price to license their content, because he has said something like "whoever spends the most to get a customer, wins."

This is a big coup for AMZN. Just how big exactly?

Let's take a list of shows that your Prime membership will now get you. It's not fully comprehensive but is a good starter list: 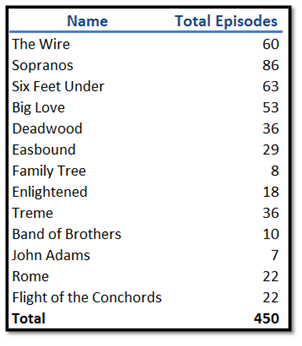 These shows run about an hour long, so it's about 450 hours of content added.

Now let's say you have a full time job but you look forward to your "binges" on the weekends.

Let's also assume that you can do about 8 hours (or about 8 episodes) each day before you call it quits.

That means in a weekend you consume about 16 hours of content.

And yes, it gets depressing when you put a number on it.

If you did this every single weekend, you'd have 28 weekends tied up.

That's half of your year.

That you aren't watching Netflix.

In fact, you may just cancel Netflix and move over to Prime because you've already exhausted the content library, and besides you get free shipping!

Will this eventually happen? Hard to tell. But those are the stakes that these companies are dealing with.