The Fly is out with a piece talking about bond yields, the Asian contaigon of 1997, and Russia.

Summing it up, the investment prospects don't look great right now. But what about the rest of the BRIC's?

For those unfamiliar, BRIC stands for Brazil, Russia, India, and China. These 4 countries contain high-octane economies and represent a shift in power away from traditional Western ideas.

And back in 2010 when Europe was about to implode, I would have agreed with that. But what about now?

Let's take a look at some charts: 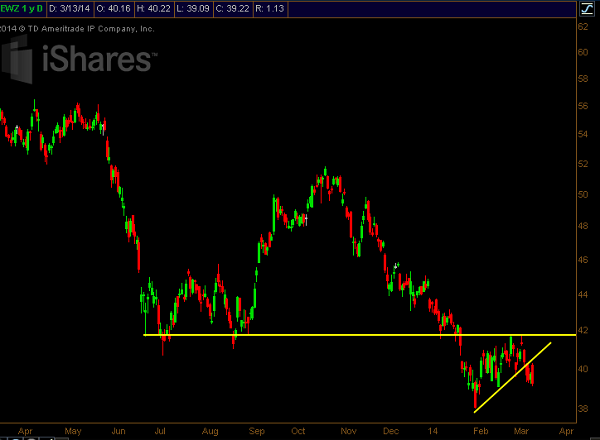 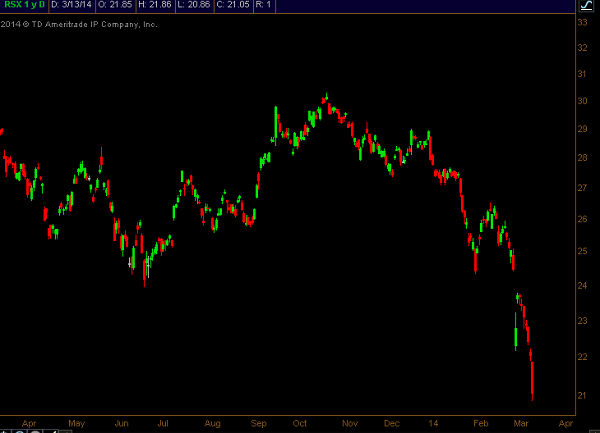 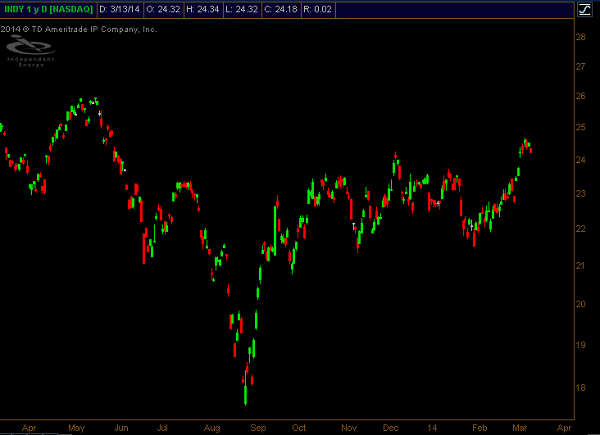 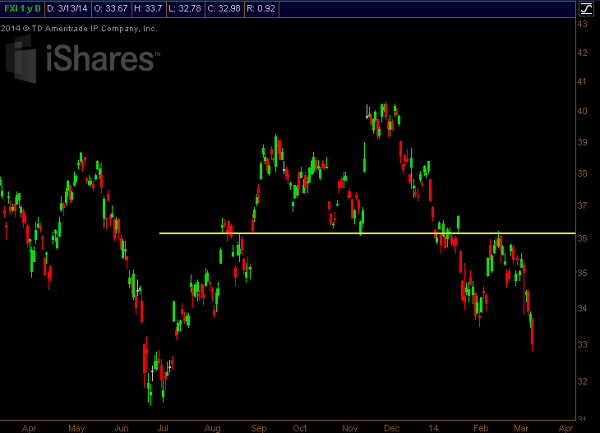 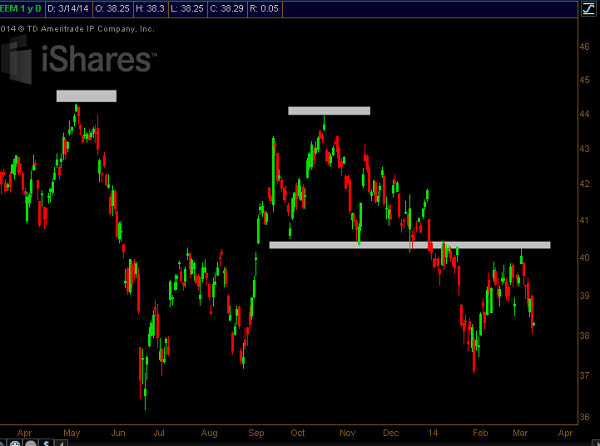 Unlike the rip roaring bull market we've been experiencing in domestic equities, the rest of the world's stocks are well off their highs and some are in full blown downtrends.

The question now is: which side will "catch up"? Will we see domestic equities sell off as weakness finally encompasses the globe, or will the fear finally blow over and we see growth return to these countries?

No easy answers here, and my opinion could change 3 times in a week. But with the way the S&P has been acting lately, my opinion is starting to tilt towards the former.