One of the main drivers of risk this year has been the liquidity infusion provided by the Bank of Japan. This is a program that was intended to raise stock prices to compensate for a rise in VAT.

I don't know if it works or not.

The main thing it has been doing is weakening the yen across other currency pairs. 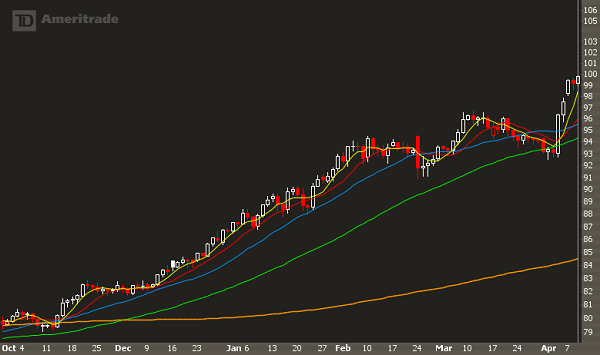 But since May, the USDJPY cross has been in a ever-consolidating range: 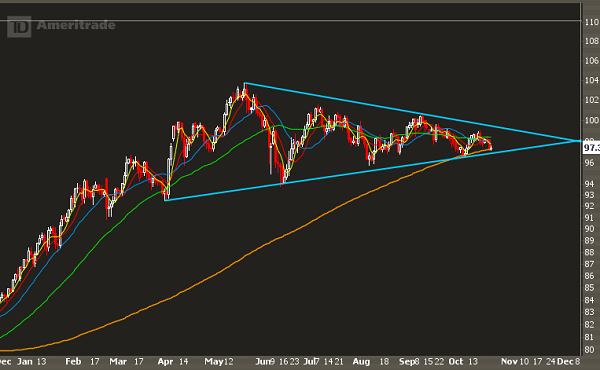 Because of consoliation, realized volatility is in the gutter.

The current 1 month vol for USD/JPY is right around 8.16.

Now relative to the past few years, this is pretty rich. But in the context of the kind of central bank driven volatility we saw at the beginning of the year, we could make the case for pop in volatility soon. 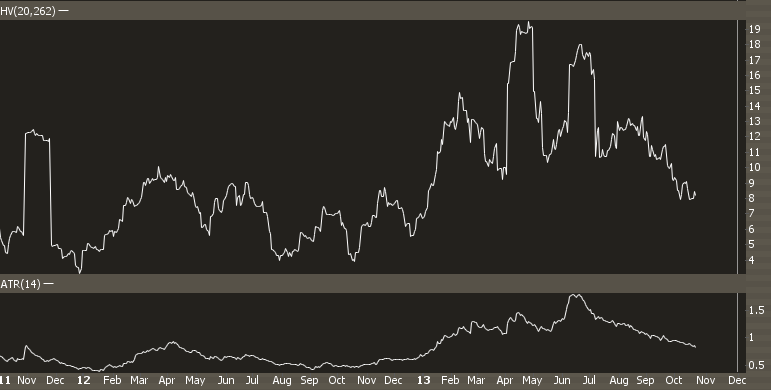 The simplest way to play vol in the yen is to use the FXY, which is an ETP that tracks it. The options are pretty liquid in this as well.

The December 100 straddle is currently being priced at 3.00, which means that if you think FXY can move more than 3 bucks, you should be buying it. If you want to take the under, then sell it.

To give you a sense of scale, let's overlay those levels on a chart:

So the question is: do you think there will be enough price movement between now and the holiday season to justify this trade?

Given the technical patterns and any sort of signalling from the Bank of Japan, this could be an interesting macro bet going into the end of the year.

Because I'm always early on these trades, I would suggest scaling in if you want to play it.