Since the beginning of this year, there has been a massive flow out of emerging markets and into US equities. This was most likely driven by resolution with respect to the fiscal cliff, as well as the US being the best choice fundamentally with uncertainty coming out of China and Europe.

A look at the performance of SPY (S&P 500) relative to EEM (iShares Emerging Markets) tells the story: 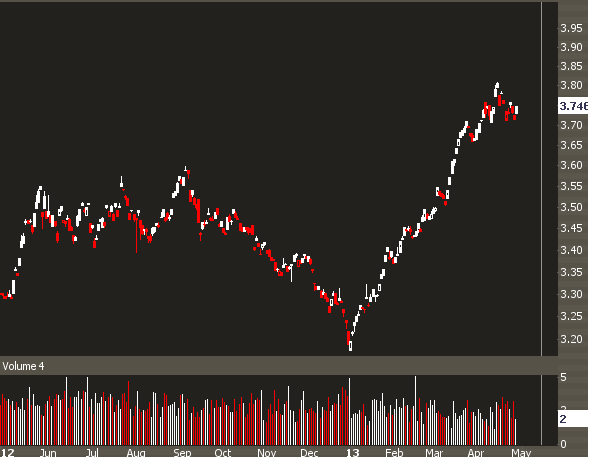 There have been some technical developments in EEM that could make that space worth a look. 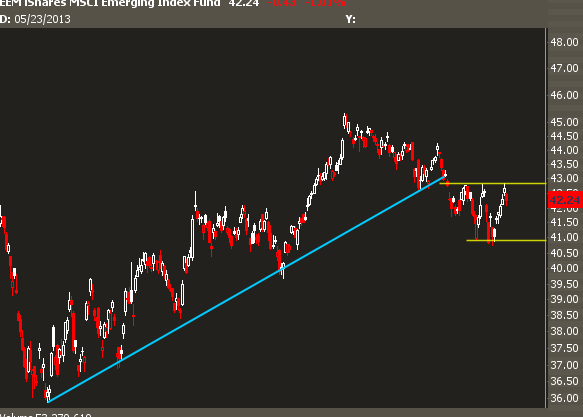 While the index has broken its intermediate term trend (blue line) it has begun to stabilize with key support at 41. During the most recent pullback there was an attempt to get it under 41, but the breakdown failed-- and pattern failure is just as important as pattern fulfillment in this market.

There is now a key level at 42.75 that should be watched. That area has been a strong resistance level 3 times over the past month-- if it is tested a fourth, the odds of it holding are low and it may signal a change in trend.

Here is a simple way to play it: 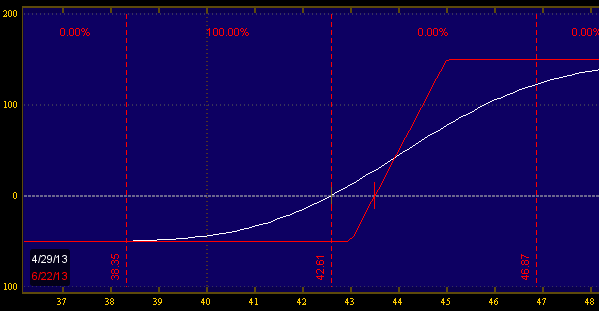 This is a low-risk, high-reward play that makes money if EEM breaks out and heads to retest recent 52-week highs by June expiration.

If you want more trade ideas, become a member of IWO Premium.