While many other markets have been chopped up in ranges, a significant trend change is underway in the Japanese Yen.

Below is a weekly chart of the USD/JPY cross: 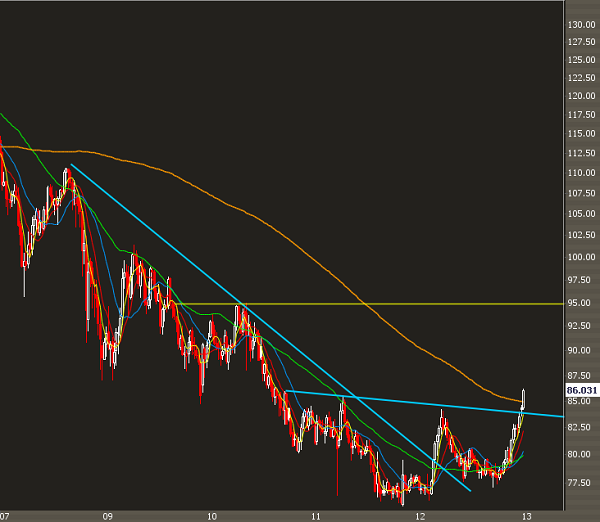 Do note that this is a chart of the dollar relative to the yen, which means a move higher in the dollar and a move lower in the yen.

There has been several trend breaks and the completion of an inverse head and shoulders bottom. The target of this pattern is around 95, but because the pattern is 3 years long, it can take a while to get there.

Nevertheless, a significant cyclical trend change has taken place. This price action has fundamental events supporting it, including political change in Japan as well as commitments to infrastructure and defense. This is combined with central bank motivation to weaken the yen.

A Look at Volatility

We can look at FXY options to get a feel for the perception of risk in the market: 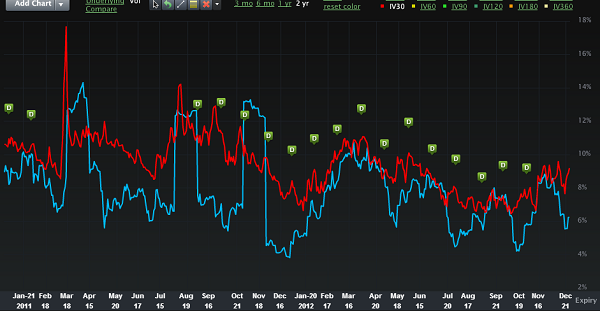 The chart above (courtesy of LiveVol) is the comparison between the implied volatility and the historical volatility in FXY.

Most likely, it is because the volatility has been all in one direction, so puts have continued to be bought in the face of this move lower in the yen.

Because volatility is still elevated, it would make sense to sell puts. But that doesn't mean we have to end up net long FXY-- instead we can use a covered short as a way to follow the trend and sell volatility.

A covered short is a combination of short stock and short puts.

As an example trade consider this:

This trade would put your short basis around 116 and the maximum gain you can receive is 195. 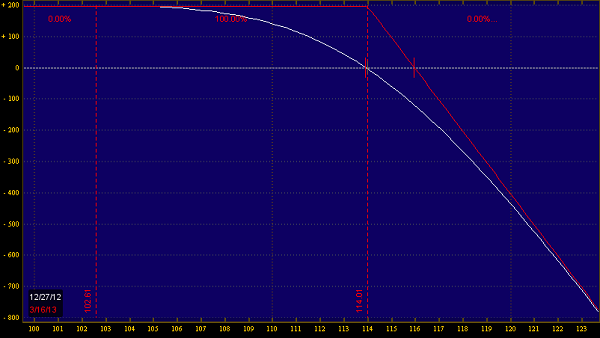 Keep in mind that this trade is already stretched and may require some reversion, so averaging into the trade would be good risk management.

The goal here is to use the option sale to help finance your short sale and raise the basis, thereby reducing your risk.

If FXY runs higher, you can then take the short put off for a profit and end up straight up short FXY, or you could roll the  put to a higher strike to continue to reduce your risk.

To reduce margin considerations, consider using spot forex (USD/JPY) or currency futures (6J) to put on the short trade-- this will reduce the overall cash required for the trade.

If you like this trade and want more, join IWO premium, where our model portfolio returned over 40% in 2012