This week seems to be a mirror image of last week.

Slow, boring volatility for the first three days, until we get to Thursday where significant macro news takes center stage.

Except in the volatility landscape, things have changed a bit.

Consider a chart of the VIX: 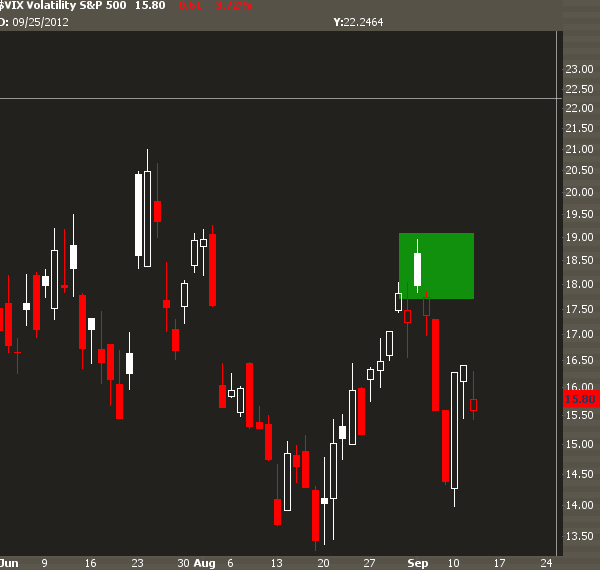 Last week the VIX was trading near 18 as we headed into Thursday's ECB voodoo. Now we've got some potentially market-moving news with the Fed minutes but we're 3 points lower.

On top of that the front month VIX futures traded under the spot VIX today, often a bearish signal.

When going into a volatility mindset, sometimes the best question to ask yourself is: how can we make the most people feel stupid at any given time?

So last week equities were continuing in their super tight range, and the SPY kept flirting with breaking the 140 floor.

Investors and traders were fearful that there could be swift downside action if we broke those levels during the ECB news, so they started loading up on puts-- probably the mid 1300's on the SPX or whatever analog on other indexes. This led to a very strong bid in the VIX.

What happened was volatility did come into the market, but to the upside: 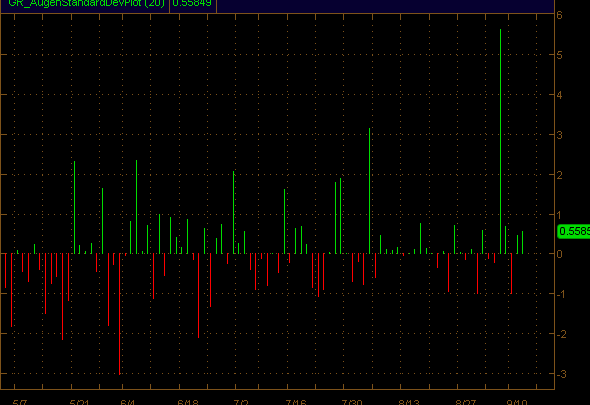 The market had a >5 standard deviation day, relative to the super low volatility. All those that bought puts for protection ended up losers.

And here we sit, a very similar "risk" scenario with the anticipation of QE7 coming out from the Fed. But this time, the demand for downside protection is much lighter. Maybe because all those investors already have long puts on their books, but at lower strike prices... so they don't want to add to a losing options position.

The problem is that those puts have a much lower strike relative to the current price of equities, and the delta protection they have from those puts is much lower.

In other words, many more people are under-hedged going into this event. Given how far we have moved and where vol currently is, there's more downside risk today compared to last week.

Fed voodoo tends to have a bullish bias, so making a bearish call here is quite contrarian. But what's important here is the reaction to the news. If the number isn't big enough or if the market doesn't like the language, it's apt to throw a tantrum. And if the collective market is underhedged, it could get caught on its heels and see some good old fashioned reversion to the mean in the near term.