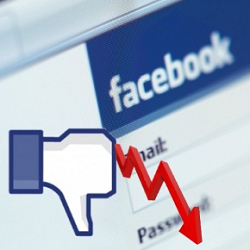 Social media stocks continue to be the butt of many jokes in the financial space. Groupon opened down over 20% today on earnings, and that follows a 40% haircut on Zynga after earnings.

Now everyone is focusing on the upcoming Facebook lockup expiration and the share selloff that "absolutely will happen."

It's very possible. IPO lockup expiration is an event with a well documented negative bias, especially when there is VC money behind the name.

Furthermore, it seems that the lockup expiry selling is all but a given-- but consider two contrarian points:

It Could Already Be Priced In

Now I'm not going to bow before the altar of market efficiency, but if the Facebook lockup trade has been so obvious, perhaps the recent selling was accounting for this.

After a large gap down in the stock, momentum continued to under 20-- how many sellers were out there anticipating the lockup trade after earnings came out? If it was enough, the market may be pricing it in already.

A Lesson In Behavioral Finance

To step away from the altar of EMH, we move to a more sane viewpoint that market participants are a bunch of primates with underdeveloped frontal lobes. That's right-- behavioral finance.

There's a saying with traders "cut your losses and let your winners run." But with the majority of traders and investors, it's actually the oppoosite. This phonomenon is known as Prospect Theory, where you are willing to hold onto a trade for much longer if it is in a draw down. Couple that with the endowment affect and anchoring bias, and you've got what's known as the it'll come back syndrome.

I'll argue that those players who have shares tied up in the lockup are more apt to keep their shares now rather than selling them on the market. They tell themselves that it's a fool's game to sell down here, as we were just at 30 bucks a month or two ago (there's that anchoring).

So if FB was trading at 30, we would see a much larger effect from the lockup expiry. But at 20? Not so much.

What's the Option Market Telling Us?

Have a look at the 30 and 60 day implied volatility readings, courtesy of LiveVol:

Note the implied volatility crush after earnings, but we did not see a continuation after that. Instead, investors continued to buy options as a way to protect against any future volatility. The elevated volatility environment suggests a persistent bid in options due to the IPO lockup event.

But this is where it gets interesting-- have a look at the implied and realized vol:

Relative to the volatility in Facebook shares, options are trading at a discount.

There hasn't been a big directional bias in the options market, just the overall demand for premium. After the lockup event, expect implied volatility to fall.

So any trade put on is going to be a play on the realized vol int he markets. If you think the options are unfairly trading at a discount and the historical volatility will stay elevated, then long gamma continues to be the trade. If you think the vol will continue to decline as the lockup will be a non-event and the earnings volatility will die down, then take the other side of that trade.