I'm a huge fan of using relational charts to tell a story.

A great example is comparing $IWM to $SPY, which shows us the relative demand for high-beta, smaller capitalization companies. It's often viewed as a risk measure.

A major question on investor's minds is whether the Euro crisis has subsided, or if the monetary can-kicking has simply pushed out the issues into this summer.

A relationship to watch is between $EWP and $EWG. These etfs are for Spain and Germany, respectively. Spain can be viewed as higher-risk, as it makes up for the 'S' in PIIGS. 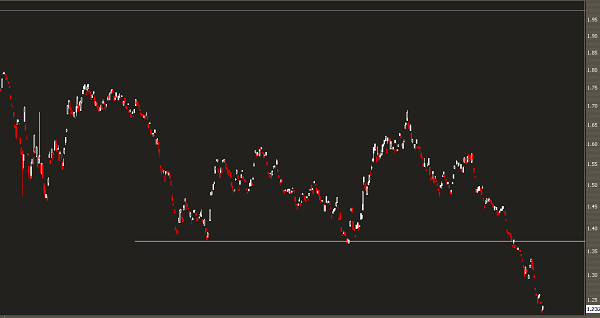 This shows us that while the rally since October has been magnificent, investors still have their doubts about what's going on in Europe. And as the summer heats up again, we may see a repeat of 2011... and 2010.

My favorite trade? Buying volatility in the Euro 3 months out. It's still super cheap, and you can make money on a sharp move in either direction.