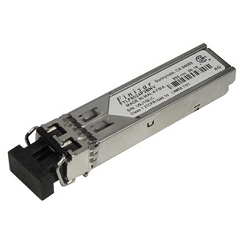 Finisar ($FNSR) reports earnings after the bell today, and there has been some pretty speculative options action during this time.

This may not seem noteable, but the thing that sticks out is that 78% of those calls were bought on the ask.

The majority of the action was focused on the Dec 20 and 21 calls-- the open interest today will tell us if these were opening orders.

On top of that, JDS Uniphase ($JDSU), a company that operates in the same space as $FNSR, saw some strong options action as well.

The action was centered around the December 12 calls, with a volume of 9,000 compared to an open interest of 5,500.

This options order flow is very aggressive. It is near month, out of the money, and going into earnings.

To finish it off, we see another company in the same area Avago Tech ($AVGO), which reports after the bell tomorrow.

This may seem really bullish, but this was most likely tied to stock, as 380,000 shares traded at the same time.

A call-overbuy is a trade that is very bullish on volatility. So most likely the trader of these calls is looking for a sharp move in the stock going into earnings.