Over the past few months, there has been a tremendous bid in Pizza related stocks.

The catalyst for this sector appears to have been two fold.

The first event was a blowout earnings number from $DPZ. The stock had been in a solid uptrend since then, but the report caused investors to flood into the name, and it has lead to post earnings announcement drift. This occurred May 5th, 2011.

The second event was the buyout of $CPKI by a private equity firm. This led to speculation that other names in this area may be up for sale, and the momentum hasn't ceased since then. The buyout was back on May 24th, 2011.

This has led to a handful of stocks that have produced returns well above the chop that the overall market has given us.

There are only a few names in this area, but there charts are below.

Will this end well? Probably not. This is reminiscint of how the coffee stocks traded like $GMCR, $PEET, $JVA, and $CBOU earlier this year.

It makes for a great trade, but should be treated as only that given where we are in this stage of the momentum cycle. 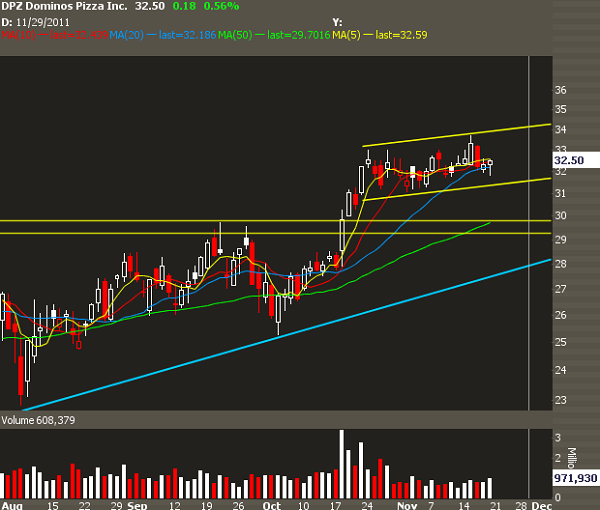 $DPZ is already in the latter stages of a trend, but still has the possibility for more momentum higher. As long as it holds its recent range it will be in bullish formation, if it loses that then it could retrace back to its earnings breakout level at 30. 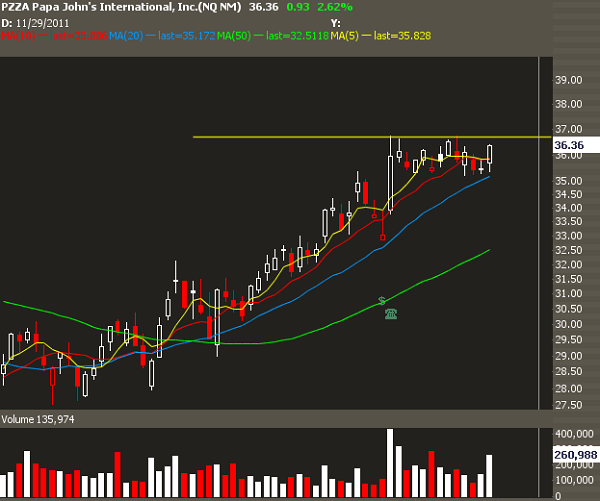 $PZZA shows some of the best promise here, with a very nice volume breakout on earnings, and a flag continuation higher. I am a buyer above 36.75 with fairly aggressive stops. 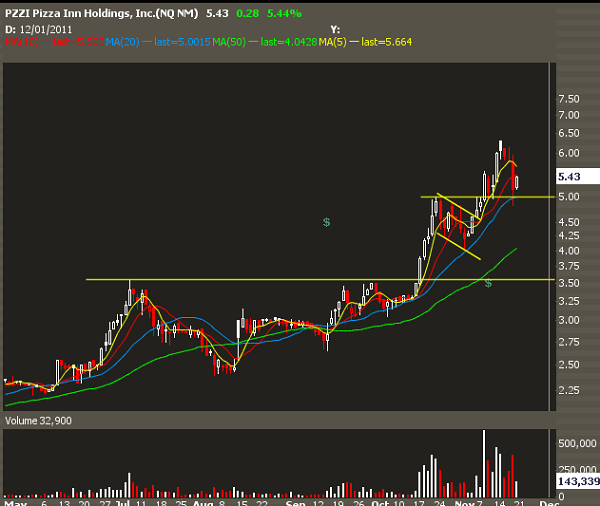 This name seems to be the $JVA of the pizza group. It's a smallcap screamer, and may already be in the later stages of its trend. It needs to hold 5 here and create a constructive pattern to signal trend continuation. 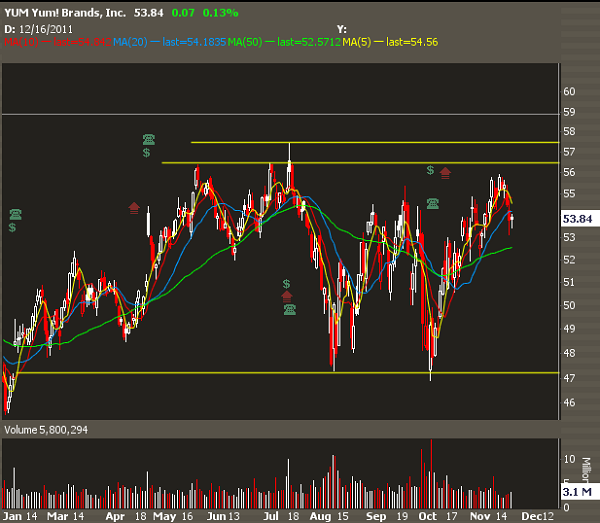 I only put this name here because it owns Pizza Hut, but it has several other businesses away from that niche. Overall it has been rangebound and I don't feel there is a directional trade here, but there may be a non-directional options trade by way of iron condors or calendars.