Every armchair technician out there is currently talking about the new bear flag pattern we're seeing in the $SPY.

But this is not the case.

Let's have a look at the chart:

But there is one characteristic that everyone seems to be missing: the volatility in the pattern.

For me to believe that a pattern is an actual bear flag, we need an addition to this definition:

The consolidation in the bear flag must be of lower volatility compared to the impulse move.

Now this definition may not be written in any of the textbooks, but from all the "kinds" of flagging patterns I've seen in the markets, this is a major condition I need to see.

So after the first impulse lower in August, the markets have been a binary, trendy, volatile market. There has been no true consolidative action that would make this characteristic of a "flagging" pattern.

A semantic argument, possibly, but different patterns have different outcomes and execution techniques. This pattern is more like a bear wedge, which allows for a wider range relative to the impulse move.

What is the one pattern that's persisting yet nobody believes will work? Let me put my busted up mean-reversion hat on again: 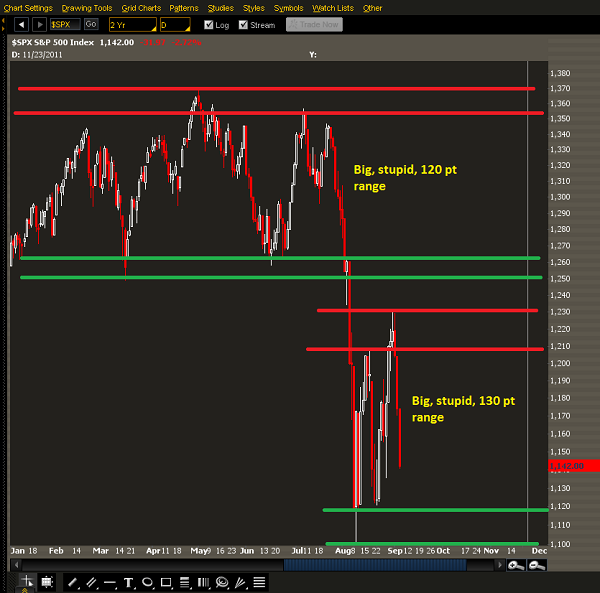