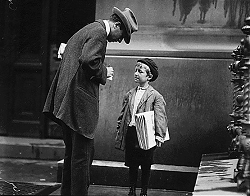 Just when you thought the market was going to bounce on the debt ceiling news, it didn't. I have my thoughts already put out there, but let's just say it wasn't in the tea leaves today.

Oversold begets oversold-er. I don't think we head much lower than these levels but have been wrong in the past. I just know it makes sense to put on our mean-reversion goggles and look for some ideas.

In this episode of IWO Into the Close, we discuss:

You can watch the video below: