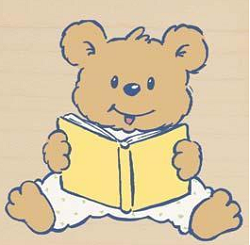 Everyone loves a good story. Especially the shorts.

It's fun to be negative on the economy. All the cool kids are doing it.

But you've got to have a story to bring to your cocktail parties.

It may or may not have data to support it, but that's O.K.

These bearish stories will then be paraded out by our favorite pundits as reason number 34 of why the market isn't safe to invest in, and it keeps people out.

Combined with recency bias and the fact that many investors were burned back in 2008, market participants tend to be skeptical of higher prices in the context of a cyclical bull market. This is known as the "wall of worry."

So what kind of stories have we seen? Here's a list:

And the most recent set has been the euro voodoo and the debt ceiling (which I think is nonsense). Odds are our respective governments will delay the issue of spending and revenue for another day, which leads us with a "news vacuum." What can the news networks pick up on that would make investors skittish?

$CAT is the first piece of evidence. They missed (but guided up). Here's a snippet from tradearabia.com, emphasis mine:

The maker of equipment used in mining and construction also said economic growth in the US and other developed economies was weaker than expected and reported signs of a slowdown in China, said a report in our sister publication, the Gulf Daily News.

$CAT has a lot of  skin in the game with respect to the China growth story as they are literally the shovel salesman in a booming market. The fact that they are seeing sales slow in the country is not the best sign in the world.

Next up on deck is the relative underperformance of the steel sector: 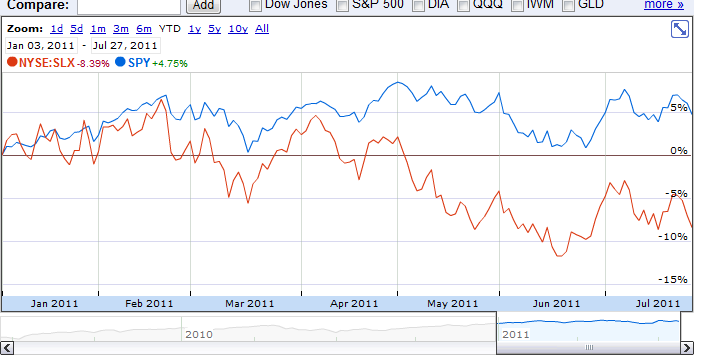 This follows news out of the major steel players such as $AKS, $NUE and $X indicating a softer market (AP):

These are just a few warning signs.

Add a few sensationalist videos showing China's ghost cities combined with the Red Collar crime wave that permeates the entire sino-capitalist culture, and you've got a pretty good bearish thesis to work with.

Combine that with the fact that there are political ramifications here with respect to trade and isolationist threads in the U.S. populace, and we could see this story pop up in the Fall.

Will the short trade here work out? Who knows, I follow price to define my risk. But it's nice to get a feel of what the next big story will be so that you won't be in a panic about its ramifications.