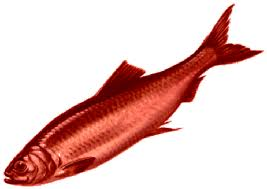 I've had it. I've reached the tipping point. Let's nip this in the bud.

Once every quarter, a story comes along that's very politically charged. Because it's a volatile story and very divisive, it will put asses in seats and eyeballs on screens. The media know this, so they pile on with over-analysis of the situation and the ramifications of the issue.

This is all well and good, if you're a news junkie.

Until it affects your trading.

Right now it's the debt ceiling. In the past it's been Bin Laden, the Scott Brown election, healthcare reform, more election results...

Since the media know that it's about the views, these stories will permeate into the financial media. They'll over analyze what it means for your "retirement" and they attribute every uptick and downtick in the $SPY and $QQQ to the story of the month.

Most of the time, the story they're on is not the one that truly affects the markets.

Take our current example. We've been told a million stories about the debt ceiling, this he-said she-said drama inside the beltway. Everyone's concerned about how it will affect their portfolio.

And I've been saying for the past month that this isn't news. What will truly move the market will be earnings season, and we're starting to see that with the release of $AAPL and $CSX.

The one to watch now will be $INTC, as any positive price reaction will take it to 2-year highs and may provide a solid run in the $SMH, which has been lagging this summer.

Moral of the story? Tune out the noise.