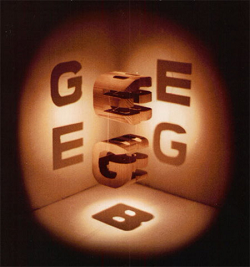 About every 4-6 months, I try to read as far as I can through a book titled Goder, Escher, Bach. The author got a Pulitzer as a result of this work, and the content is a wonderful interplay between number theory, music, art, game theory, and artificial intelligence.

I've still yet to read the entire thing as I can last for about 100 pages before my mind explodes.

I came upon a wonderful excerpt that translates directly into how I think traders and investors master the markets. As a technician, I believe that there are observable fractal patterns that exist in price-- but it can go beyond price to underlying market structure, sentiment, and fundamental analysis.

Below is an excerpt of the attempt to create a chess-playing robot, and how knowing infinite iterations of possible moves will not defeat chess masters. This book was written in 1980 and we've seen Deep Blue and other artificial intelligence handily defeat the greatest chess players of our time, so they clearly went beyond the interation theory into something much more important.

This is a long excerpt but fully worth your time. Emphasis in bold was added by me; italicized text from the author.

[...]In fact, a human expert can quite soundly and confidently trounce the best chess program of this day.

The reason for this had actually been in print for many years. In the 1940's, the Dutch psychologist Adriaan de Groot made studies of how chess novices and chess masters perceive a chess situation. Put in their starkets terms, his results imply that chess masters perceive the distribution of pieces in chunks. There is a higher-level description of the board than the straightforward "white pawn on K5, black rook on Q6" type of description, and the master somehow produces such a mental image of the board. This was proven by the high speed whith which a master could reproduce an actual position taken from a game, compared with the novice's ploding reconstruction of the position, after both of them had had five-secoind glances at the board. Highly revelaing was the fact that masters' mistakes involved placing whole groups of pieces in the wrong place, which left the game strategically almost the same, but to a novice's eyes, not at all the same. The clincher was to do the same experiment but with pieces randomly assigned to the squares on the baord, instead of copied from actual games. The masters were found to be simply no better than the novices in reconstructing such random boards. 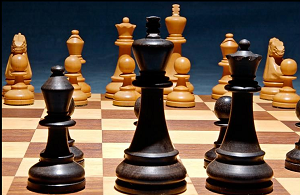 The concluseion is that in normal chess play, certain types of situations recur-- certain patterns-- and it is to those high-level patterns that the master is sensitive. He thinks on a different level from the novice; his set of concepts is different. Nearly everyone is surprised to find out that in actual play, a master rarely looks ahead any further than a novice does-- and moreover, a master usually examines only a handful of possible moves! The trick is that his mode of perceiving the board is like a filter: he litterally does not see bad moves when he looks at a chess situation-- no more than chess amatuers see illegal moveswhen they look at a chess situation. Anyone how has played even a little chess has organized his perception so that diagonal rook-moves, forward captures by pawns, and so forth, are never brought to mind. Similarly, master-level players have built up higher levels of organization in the way they see the board; consequently, to them, bad moves are as unlikely to come to mind as illegal moves are, to most people. This might be called implicit pruning of the giant branching tree of possibilities. By contrast, explicit pruning would involve thinking of a move, and after superficial exemaination, deciding not to pursue examining it any further.

The distinction can apply just as well to other intellectual activities-- for instance, doing mathematics. A gifted mathematician doesn't usually think up and try out all sorts of false pathways to the desired theorem, as less gifted people might do; rather, he just "smells" the promising paths, and takes them immediately.

If there was any concise explanation that told you what separates more experienced veterans of the market with novices, this would be it. After enough exposure, there is enough "screen-time" in which pattern recognition becomes a higher-order thought process. The same goes for risk management: if enough time is devoted to properly setting stops and structuring risk, the way the professional operates will become second nature, which in turn reduces the front facing psychological component of trading and enhances returns even further.