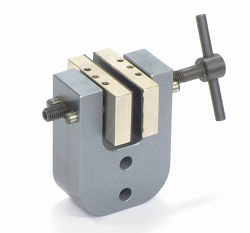 If you've listened to me on any of my shows, you'll hear me often talk about the "Great Macro Conveyor Belt." This is a term that referrs to the process of liquidity we've seen that helps boost the "risk on" trade.

All About the Dollar

This GMCB pivots around the currency market. When the dollar goes lower-- or more specifically, when the carry trade rises, that's a signal of strong liquidity, a risk-tolerant market, and leads to a run in equities, commodities, and so on.

In my opinion, we're coming to a point in which raw commodities will start to have an effect on the equity market in general. Essentially, if oil and cotton are at very high prices, retail outlets will see their margins squeezed and expectations of growth will suffer-- and it may lead to a rundown in their stocks.

The earnings reports and the subsequent price reaction in NKE is a great example: 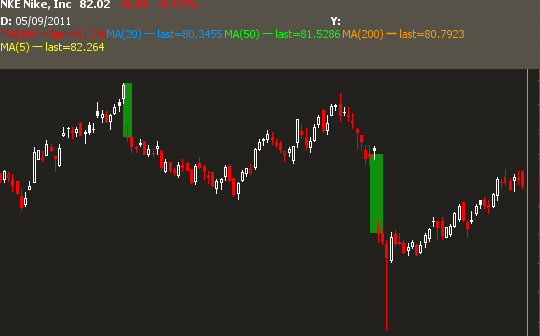 What if Commodities Unwind?

Remember, that if the margin squeeze for these companies eases, then you should see a pop in the stock price. So there's a tactical play here where you end up long both some margin-squeezed companies paired with a long in a basic materials company or just a commodity etf.

So if commodities go higher, your commodity play goes higher and your squeeze play goes lower. If commodities roll over, then vice versa. Also, if the correlations go off as the Federal Reserve exits the market, you could potentially profit from both names. 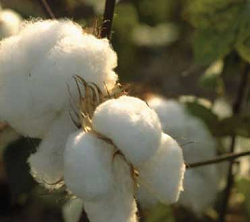 How to Structure the Trade

To successfully put on this trade, look for names that have seen weakness or just news-based fear that their margins could get squeezed by raw input costs. These are often dividend-paying names that have a pretty big market cap, which means that they really have to focus on margins to produce value for their shareholders.

Names that come to mind are apparel companies like NKE and UA, as well as lower priced restaurants such as YUM and MCD. Airlines such as LUV and UAL make sense as well for the oil space, and there's plenty of other ideas if you run some searches.

From there, think about what exactly is causing the squeeze. For apparel, it's cotton (BAL). For food, it's agribusiness (MOO). For airlines, it's oil (USO). However, I'm a fan of playing underlying companies rather than the commodity itself, so XOM, MOS, and POT come to mind.

Why Options Are Important

There's a chance that this commodity on-off trade could see plenty of mean reversion going into the second half of the year. That's why I'm a big fan of using covered calls to reduce basis and collect income on both of the names, that way if the trade goes nowhere for a while, you're still making money.

There's also a chance that both names could go lower in the event of a general market draw down. So you could couple this trade with simple hedges in S&P options or something a little more tricky like a tactical VXX trade.

What pairs do you have in mind? Let me know in the comment section.