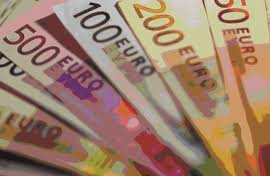 It's not about the Dollar Demise

It seems that the financial media is getting all in a tizzy about the breakdown in the dollar and how it's undermining American society. I don't think we're there, at least not yet. What most are forgetting is that the dollar is going down in relation to other currencies-- and it's not only due to dollar supply due to quantitative easing, but demand for other currencies like the Aussie, Euro, and Franc.

The Macro Conveyor Belt is Still Turned On

We're still in a liquidity based market. Fed's rates are low and quantitative easing is going on-- and on top of that, we have the Bank of Japan intervening in their currency (that's also QE) due to the earthquake-nuke-tsunami issue. So the carry trade is running strong, which stimulates risk appetite, which drives equities higher and corporate bond yields lower. This will change, but there's no evidence of it yet.

And on top of all that, it seems that the macro conditions are improving... I don't know if it's reflective of reality, but we're seeing European CDS spreads tightening, and the euro is ralying. So we can take this macro idea of the trend continuing and start looking for potential intermediate term targets. 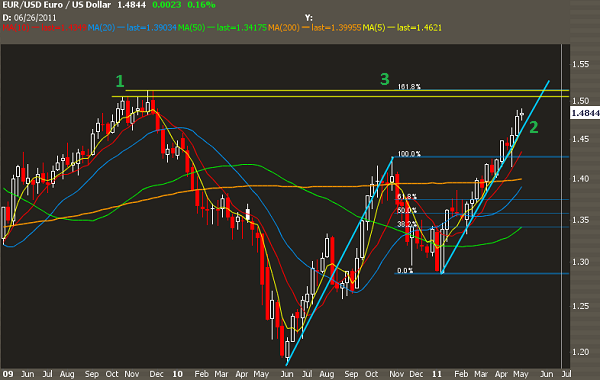 There are 3 technical targets that I currently see in the context of this trend:

So the technical and macro picture line up nicely here-- we may run into resistance right as QE2 is ending. My crystal ball may be wrong on this and we could easily reverse, but as for now the trend remains higher. If and when we do run into those levels, especially if we do it within the next 30 days, I'll be looking to deploy bear call spreads on FXE options.