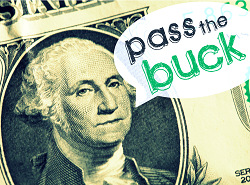 We've got some news coming out today that Glencore, a major player in the commodity markets, is looking to take itself public later this year. Here's some details about the deal:

Glencore is targeting an offer size of between $9 billion to $11 billion. The London part of the offer should raise up to $8.8 billion, while the Hong Kong leg of the deal could raise up to $2.2 billion. After the IPO, the free float is expected to be between 15-20 percent.

I feel that I've heard this song and dance before, except it was back in 2007 when the major private equity firms like BX and KKR sold to the public. I distinctly remember Roger Ehrenberg (@infoarbitrage) talking about it back then, as well as the aftermath. He runs through a post mortem, and I feel that his last paragragh of the post is very compelling:

In the future we should be more aware of the signs the top tier of “Money People” are sending us. Because it was all right there for us to consider. But few people wanted to believe the end was near. Sadly, this is a fixture of the human condition, particularly as it relates to investing.

I believe that there are some differences in this deal with respect to executive lock-ins with stock, but they'll probably collar up Mark Cuban style. Will this mark *the* top in something like precious metals? Until there's evidence of a trend change, I won't stake any claim on that. But this is another piece of evidence that makes my spidey-sense tingle.

[EDIT] Josh Brown over at TRB, in typical Josh-Brownian fashion, has beat me to the punch about a week ago. Check out his post here.