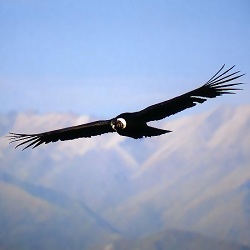 N.B.: I wrote this post Sunday night, and some of the risk characteristics in the market have changed a little bit. Still I think it is good to check out how I consider these trades. Also, this is complicated stuff. Try and read through it, if none of it makes sense, I'll show you what to do at the bottom of the post.

Every trade and investor needs to find strategies that fit their own personal style. But there's also a little wiggle room where it makes sense to have some adaptability in case the markets change.

So if you are one who focuses mainly on directional trades, it's a good idea right now to consider some neutral "income trades," where you make money if the underlying market stays in a range rather than a strong move up or down. There's several ways you can do this in the options market, but the trade I want to discuss is the iron condor.

What is an iron condor?

An iron condor is the combination of two different verticals. Vertical spreads, by the way, are a bought option and a sold option with the only difference between the two option contracts are the option strike.

So we can consider an iron condor as a put credit spread and a call credit spread, where you are a net sell of out of the money options. This is a limited risk, limited reward trade where you make money as long as the underlying stock stays between the two short strikes.

You could also view the iron condor as a strangle sale (selling a call and a put) and a further OTM strangle buy that protects against any strong move. Here's what a typical iron condor looks like:

Now persoanlly, I'm not a huge fan of blindly selling iron condors each and every month without regard of the current volatility environment. Instead, it takes a little nuance to figure out if the trade is good here or not.

We've seen a dramatic increase in option premiums over the past few weeks as fears permeate from North Africa and japan. There are investors out there that are feeling pain with even a moderate drawdown in their portfolios and are begging option sellers to limit their risk-- in turn we are seeing a nice bump in implied volatility, which in turn gives us better risk/reward characteristics in our iron condors.

Do note that selling vol blindly doesn't make sense, and 2008 is a great example of that. But for this particular occation, a vol spike with a rising 200 day moving average is a pretty good overbought measurement.

Was there is a lot of news-based risk out there, both longs and shorts are really hesitant to make any sustainable bets. So most likely we'll see a week or two of ambivalent trading as stops are run and breakouts fail.

The markets are coming into some levels of potential support, and there are other levels that if tested will most likely find buyers stepping in-- and while the interemediate term trend is a mess, the longer term trend is up. on the bearish side, we have plenty of potential overhead resistance as major moving averages have crossed over so any pops will most likely see further liquidation.

This is a little more advanced and I don't really take trades off this signal, but we've seen a bid up in OTM put option premiums compared to what we've seen before volatility picked up.

Back on March 9th, the market was still in a consolidative range and hadn't really broken one way or the other. When we compared the difference in implied volaitility on the April 20 delta put and the call, we saw that the put IV was 55% higher than the call. This past Thursday, the same measurement hit 70%. That tells us the "skew" is steepening as option buyers are willing to bid higher for OTM puts to protect against any disastorous move.

Like I said, I don't trade off skew, but it's good to know especially when weighing the benefits between different option trades.

Where to Play Iron Condors

So what kind of trades make sense here? I like shorting the 30 delta iron condor on the SPY (legging in always helps!), as well as looking for individual names that will most likely be rangebound for a while. Look for clear levels of support as well as plenty of overhead supply. Of course execution and trade management are more important than the ideas, but these income trades really help to subsidize any losses taken during sloppy tape.

Is this stuff still going over your head? New to options? Start your education at the beginning over at OptionFu.com, which is my online video course that will teach you how to structure trades just like the ones suggested in this post.