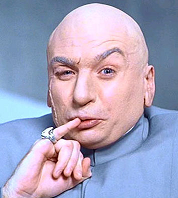 For "buy and holders" in volatility etfs, the past year has been one cruel joke to their holdings. And while the most popular volatility ETN (VXX) has spiked up, rising 42% off its lows, it still has seen an almost comical move from its inception, losing 91% of its value. It's not only due to the decline in options premium since the crash in 2008-- the way VXX is structured, it underperforms if the VIX futures are in contango.

Does it make it a bad ETN?

Dave Nadig over at IndexUniverse thinks so:

Year-to-date, VIX is up 47 percent. And your VXX investment? You’ve lost over 4.5 percent. That’s because futures markets in contango burn up money the way my 11-year-old burns calories. That contango is the result of futures market investors betting things get worse—so they bid up tomorrow and sell today, which always seems more certain. That means you’re constantly selling today on the cheap and buying tomorrow at top dollar.

And along the way, while the S&P went up a few percent, your VXX “hedge” was, at one point, down 25 percent.

I'd like to take a different path here with respect to this opinion: I believe the VXX is stupid if the person trading it is stupid. If one recognizes the fact that there is a structural inefficiency in the name, a trader will appropriately position size in the name when the time is right to hedge.

I'll give another example: over the past year, if you have been buying SPX puts to hedge against any futher downside, it's been a pretty bad trade. Does it make it a terrible strategy? Probably not.

Furthermore, there are plenty of index trades out there that have structural instabilities that are known. USO and UNG come to mind with the contango roll issues those two face. We also have the average daily rebalancing of the leveraged funds like TZA, ERY, FAZ and others that make them terrible ideas over the long term, but as short term timing hedges they are a very efficient hedging technique.

Just like buying SPY puts, owning VXX shares are not meant to be held as an "investment," the ETN is more of a tactical play. So if one views it from the latter perspective, it becomes a lot less evil.