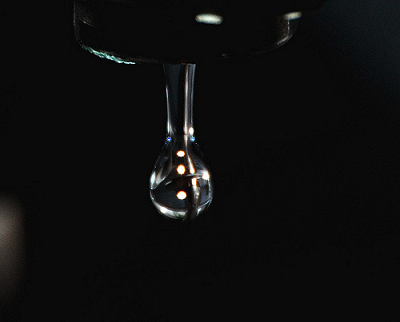 Over the weekend, the non-profit organization Wikileaks released a swath of government cables, illuminating some of the details of US foreign policy over the past few years. While most of the information seems mundane in nature, it does bring to light some of the underlying intentions of other nations, specifically those involved in the Middle East. The cable leaks also show how most of the time, the United States is not some strong-armed boogeyman; rather, U.S. policy really does attempt to act multilaterally and bring all sides into the discussion.

I view Wikileaks as an amoral entity-- the ethics behind releasing government documents may come into question, but there have been other times it has proven quite useful. Examples include the documents that started Cliamategate, and the illegal dumping of toxic materails by commodities giant Trafigura.

So with that in mind, I think it is time to call for a massive uncovering of what's going on in the financial system. Over the past decade, financial firms levered up and loaded up on toxic assets, and deliberately manipulated prices to increase profits. While I am all for financial innovation, the acts committed in the name of greed were most likely criminal. Enron look like Boy Scouts compared to some of the actions that occurred before, during, and after the meltdown. The only differece between Enron and current firms is that the officers of the former went to jail, and the latter received billions in cash to shore up their losses.

The financial industry needs to clean out the closet. It won't happen through the federal government as accusations of "anti-business" will come forward by naive legislators. Instead, the airing out needs to come from the inside, and I feel that Wikileaks provides a wonderful opportunity to air some of this out. So here's my wishlist:

The balance sheet of the US Federal Reserve. It sure would be nice to see exactly what their holdings are, and what kind of "prices" to which they are marking those assets.

Evidence of China's Currency Manipulation. This is a tough one as it's coming out of a foreign nation. We know China does all sorts of currency voodoo, and there are other acts done to damage the United States' standing as an economic power. Let's get it in writing.

Correspondence between top-tier financial firms and the New York Fed. We already know that there were plenty of shenanigans between Geitner, Paulson, and others during the crisis in 2008. I understand that those were drastic times, but it would be nice to see any other motivations these parties may have had.

Evidence of criminal negligence from FNM and FRE. Fannie and Freddie were not the cause of the crisis, but they sure didn't help. These public-private abominations had a major conflict of interest between their shareholders and political will imposed upon them.

Evidence of manipulation in Crude Oil futures, 2007-2008. It can be argued that the parabolic move in oil broke the consumer's back and turned the economy into a recession. It's foolish to think that the crude oil market was rational and perfect, and if there were any funds that artifically bid up prices, then that should come to light.

Evidence of back-door dealings relating to HCR. While many cry socialism from the health care reform passed earlier this year, it in fact gives some pretty sweet deals to insurers.

This is by no means a comprehensive list. Using Wikileaks solely for US foreign policy is not the best use of its resources, and it could be used quite well to bring about some structural changes in the global finance system.