Much to the chagrin of many inflationistas, the long bond trade has worked for the entire summer. While domestic equity markets are sloppy, long term treasuries have done very well-- for example TLT has seen returns in the double digits, depending on your entry.

But let's say mean reversion still exists across all asset classes, and you want to look for ways to catch the top of TLT. We know that trying to pick inflection points can get you burned, but with options you can structure your risk in a way that it hurts less bad if you're wrong. 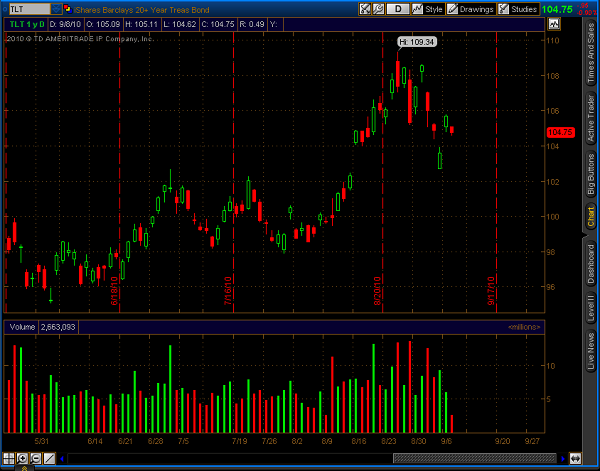 The overall trend is up and it's gone parabolic, and so I'm not expecting any sort of fast move down to 100-- so buying puts or OTM put spreads is out of the question. Let's look at the option skew: 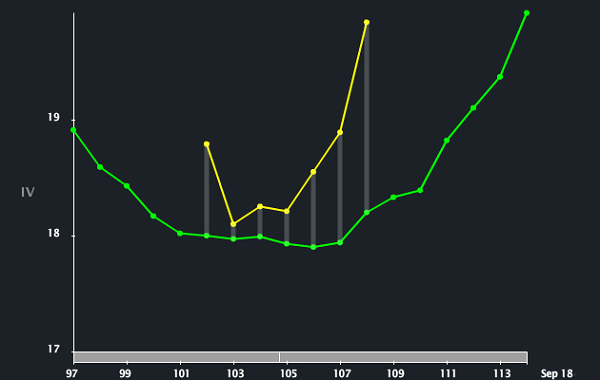 The front month (yellow) is seeing quite a steep skew relative to the Oct strikes (green). Also, we're seeing a volatility "smile" instead of a skew, as investors worry about upside risk-- very similar to GLD and dissimilar to SPY.

I think selling a ratio spread might make sense here. A ratio is where you buy and sell two options, with the variation being the strike price-- you also will see quantities vary depending on how you structure the trade.

So here's a trade to consider:

This is a limited reward, unlimited risk trade that makes money as long as TLT stays under 108. If there is a moderate bump in TLT price, you'll actually get a profit kicker at expiration-- but you'll have to wait for it because the trade does have negative gamma (heartburn). 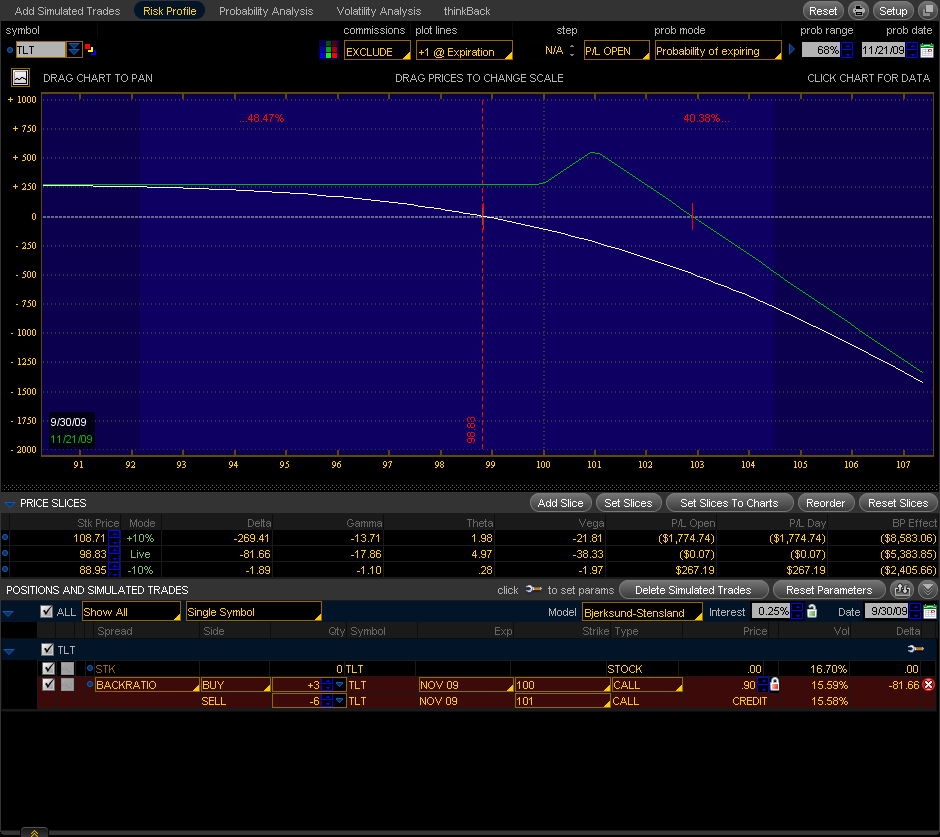 The problem with this trade is that it takes up a ton of margin-- nearly 10k, so if you don't have that kind of float laying around it's tough to put on the trade.

Another trade to consider is a put diagonal. A put diagonal is where you sell a front month option and buy a back month option, with a variation in the strike price. This is limited risk, limited reward-- this trade gives you an opporutnity to make a moderately bearish bet without tying up so much margin.

This is a bearish trade that works as long as it doesn't outright collapse. This keeps your upside risk limited, and you can still take advantage of the volatility skew (but not as much).

The diagonal is a little more directional and requires some agility around the trade. Ideally you want to see TLT stay above 101 before opex and then collapse, as you will now have puts at a discount.

Both of these trades should be put on after you do your own DD.