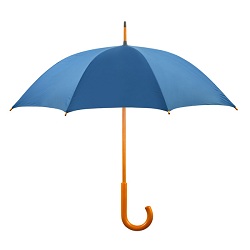 Everything is nice and sunny again in risk land with China dealing in forex voodoo and everyone piling in on the news. Equities gapped up higher, as did the carry trade and other correlated moves.

With this strong gap up, it might be time to consider some hedging strategies. This is, of course, assuming that you had the fortitude to pick up some long exposure on the strong move to the downside.

I tried to explain this strategy during my panel at the Trader's Expo in LA, but it appeared that I was talking too fast, so I will try and explain the idea in better detail.

Eyeballing a chart of the SPX, it appears that we have broken out of a range of 1040-1100. If this breakout fails and we rotate lower, there's a chance we could get back in that range and chop around a bit for July.

So we could look for a hedge trade on a pullback in the markets, but not a crash-- to structure risk around this thesis, consider an out of the money put butterfly.

A butterfly is where you sell 2 contracts and then buy the "wings"-- it's essentially a combination of two verticals, with the short strike being the same.

This kind of trade is a relatively cheap way of getting insurance on a downmove, but not a crash. You'd be risking 2.40 to make on average 1k, so it's about a 4:1 risk/reward trade.