The strength in the market has been quite evident over the past few weeks, and calls of "overbought" haven't been confirmed by a reversal of momentum. On top of that, the Russell and Nasdaq have already broken out from previous price resistance levels.

There is, however, an undersubscribed chart pattern which may fortell any sort of reversal. It's called a 2b reversal pattern. A 2b reversal pattern is the result of a failed pattern which I call the pb2bo pattern. Often when a market breaks out from a key price level, it will come back and retest that level and previous resistance will become support-- it's a pullback to breakout, or pb2bo. Sometimes this pattern fails, and the failure is a pattern of itself known as the 2b reversal.

Here are the rules:

This is a very nice pattern because you will have stubbon, trapped longs from the breakout who will provide extra selling pressure. Also, you can use the converse of this to look for 2b reversals on bottoming patterns (see GOOG).

Here's the chart and the price levels I need to see on the RUT and NDX to signal a reversal: 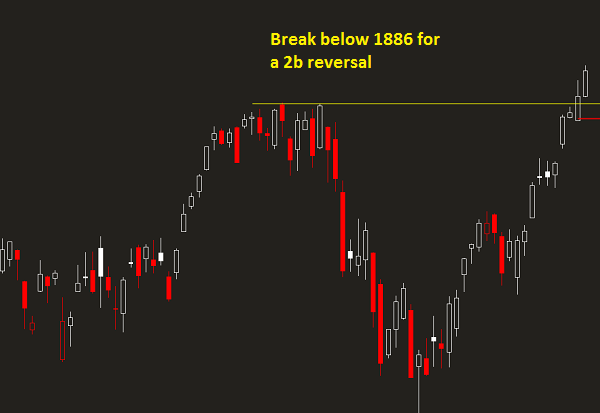 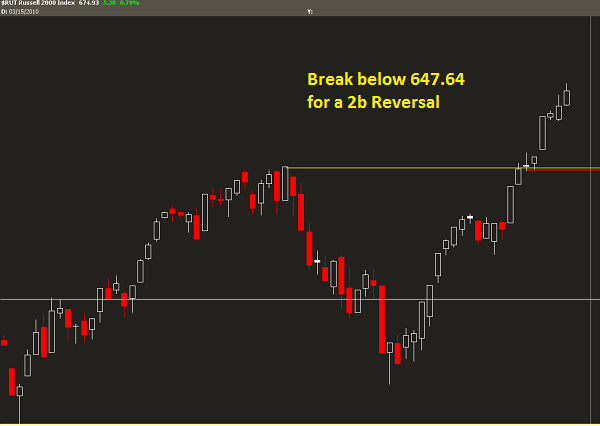